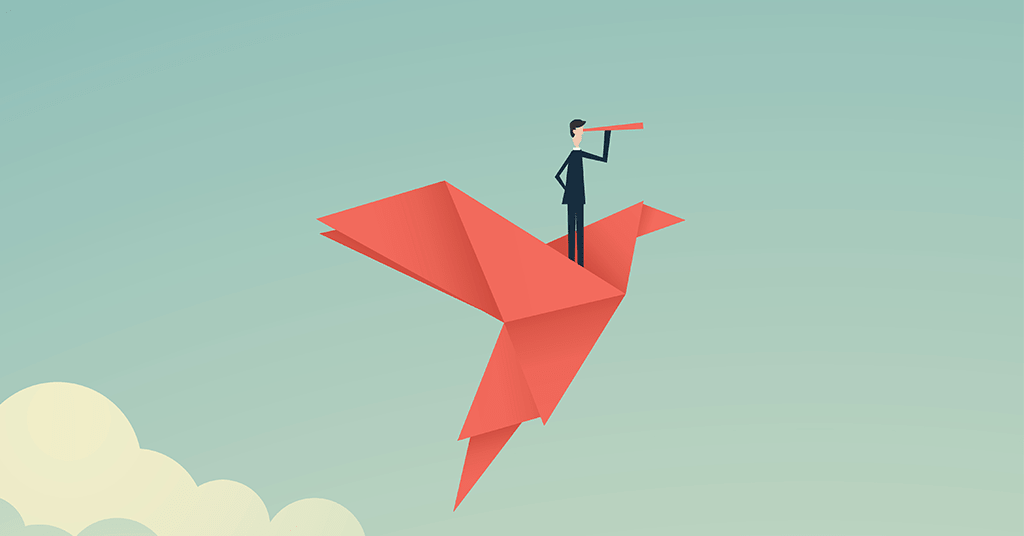 After providing a minimal description and some examples of direct to consumer (DTC) advertising, I asked 10 random individuals if they knew when DTC got its start.

A few in my informal focus group conjured images of Ron Popeil and Jay Kordich in late-night cookware infomercials from the ‘80s. Others reflected on the e-commerce ads for Amazon and Overstock from the ‘90s. Yet a few mentioned more recent pharmaceutical ads.

Would you believe this type of advertising, which asks a consumer to make an informed decision, was first introduced in the late 1930s?

Yep, it’s true. DTC advertising entered the scene long before most people in the world had ever laid eyes on a television.

David Ogilvy, known to many in the business as the father of advertising, is credited with creating some of advertising’s earliest, most famous and successful campaigns like Rolls Royce, Shell, Schweppes and Dove, to name but a few.

Inspired by what he gleaned in the late ‘30s working with George Gallup’s Audience Research Institute (predecessor to the Gallup we know today), Ogilvy evolved his theory and executed marketing strategies centered on valuable, reality-driven research and consumer behaviors. Decades ahead of his time, Ogilvy figured out the quintessential factor in achieving advertising success was predictability.

In Ogilvy’s New York Times 1999 obituary, he along with William Bernbach was credited for introducing what was a groundbreaking concept for their time: consumers are not only intelligent, but also approachable via print, radio and television.

Direct to consumer advertising has certainly broadened in scope from Ogilvy’s days, as well as from the cheesy (pardon the pun) late-night cookware infomercials. “In today’s competitive marketplace, the DTC model continues to be very successful for emerging brands challenging category leaders” Mark Jones, President and CEO of LifeBrands D2C (LBD2C), says.

“Entrepreneurs and start-ups are bringing their products to market via direct response across a wide range of industries: from pillows to sleep supplements, from gluten-free cookies to stick-free bake ware, from smart phones to debit cards, to prescription contact lenses and beyond,” Jones added.

In a 2019 blog post on Instapage, Stephanie Mialki summarizes the shift from traditional brand advertising to direct to consumer marketing as the emergent way of doing business: DTC capitalizes on “digital, data fueled branding that provides consumers with exactly what they want, when they want it, in an extremely personalized way,” she states. Further pointing out, “it allows consumers to access products directly from a brand, rather than a third party such as a retail store.” Mialki asserts the significant shift to DTC over traditional branding ads occurred in 2010.

Randall Rothenberg, Chief Executive Officer at the Interactive Advertising Bureau, echoes 2010 as the origin of this revolution, the year Warby Parker was started, and attributes the shift to entrepreneurs who bypassed major resellers for distribution.

So, why is that Warby Parker, My Pillow and a host of other start-ups were able to surpass traditional category leaders through DTC?

An obvious answer for marketers is our increasing ability to capture consumer data. In a 2019 post on TechTarget, Scott Robinson says there are plenty of tools at our disposal today to read customers’ minds. “From analytics to artificial intelligence (AI) and machine learning to natural language processing, companies have never had it so good when it comes to discerning consumer gestalt.”

Robinson suggests, however, that rather than lumping consumers into traditional buckets based on age or gender, AI can make a quantum leap beyond those upfront factors and move directly to the back of the book for answers.

“If data isn’t used to make decisions that drive ROI, then we’re out of business,” Jones says. “Our success with My Pillow and other clients depends heavily on understanding consumer data not just in a silo, but by using probabilistic pathing, which allows us to track the path to purchase from offline to online and enables measuring each channel’s contribution along the customer journey. With television still being the most powerful— and most expensive— top funnel driver on the planet, it’s vital to understand its role in your campaign to maximize your overall media mix model.”

To Jones’ point, a study by the Video Advertising Bureau reported 82% of advertisers identified a direct correlation between TV spend and website traffic. “The temptation has been to think it’s necessary to find an Internet starting point, and completely reorient marketing, to succeed in the digital world. The data leads to a more reassuring conclusion for marketers. The ignition point is something they’re intimately familiar with – TV advertising,” the study concluded.

As Forbes succinctly put it— “if an advertiser knows how many units and how much revenue a given ad placement will bring, they can determine exactly the maximum amount that placement should cost for an appropriate return on investment.”

Which brings us back to the beginning and advertising’s game-changer: predictability. Ogilvy knew that most people were interested in reading local news. As such, he included the name of a relevant city in his newspaper advertising headlines. It worked. (Ogilvy on Advertising).

“Since I was first introduced to DTC marketing in 1991, I immediately fell in love with it. You would literally have to be allergic to money not to embrace and adopt this model to build your brand,” Jones says. “It’s what allows start-ups to compete with giants . . . and displace them.”

What Can LifeBrands D2C do for you?